UPDATE: My original review below described this water bottle as the “eye stabber”. Apparently, the company tried getting in touch with me with no luck …. so they sent me a letter and a new bottle! I am floored that a company went to this much trouble to get in touch with me to ensure that I was happy with the product! The lid is now fixed (however apparently I’m an idiot because the lid just had to be pushed back further than I thought possible-it felt like it would break). I’ve since tried the new bottle and it has an “idiot” proof sticker on it for people like me. 🙂
So, I love the bottle, and will continue to use BOTH of them. I’m giving 5 stars now because clearly the company went above and beyond to make me happy.

Old review: This product is a great idea….but not well executed. If you like drinking water and getting stabbed by a cap then you should def get this water bottle. I wear glasses ( which makes it worse) and you cannot drink it without the cap hitting you right between the eyes. The cap doesn’t tip back far enough. Even turning the bottle sideways doesn’t help much. Lame.

Try the Infusion Pro difference ​and get 10% off now!​

Thanks for subscribing! Please check your email for further instructions.

Something went wrong. Please check your entries and try again. 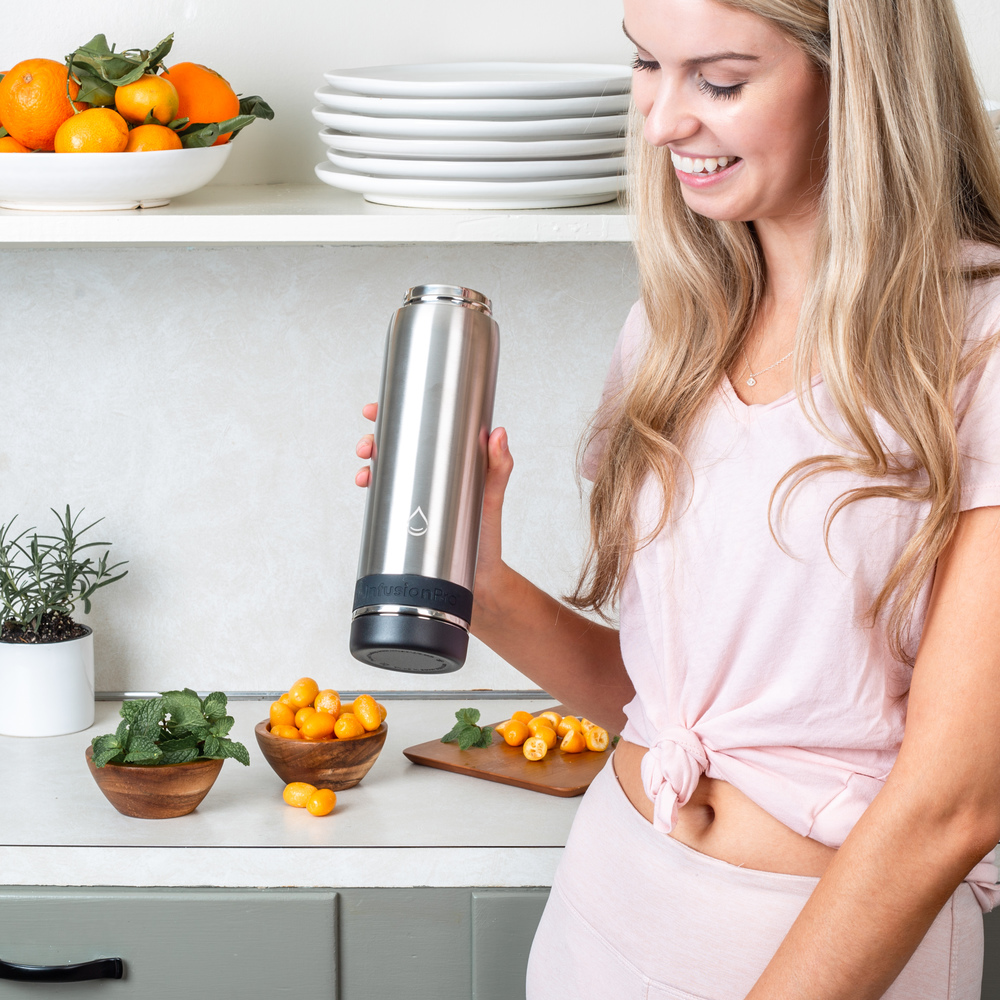